May 17, 2022 – ProSlide Technology Inc., the industry leader in water ride design, technology and manufacturing, is congratulating SeaWorld’s Adventure Island on the debut of Rapids Racer, the world’s first ProSlide Dueling FlyingSAUCER®. This global debut is the newest innovation by ProSlide, combining two exclusive technologies to deliver a high-performance racing attraction that signifies the next step in competitive water ride racing. ProSlide has worked on five SeaWorld properties during their decades-long partnership and the Dueling FlyingSAUCER® marks their 10th installation at Adventure Island. 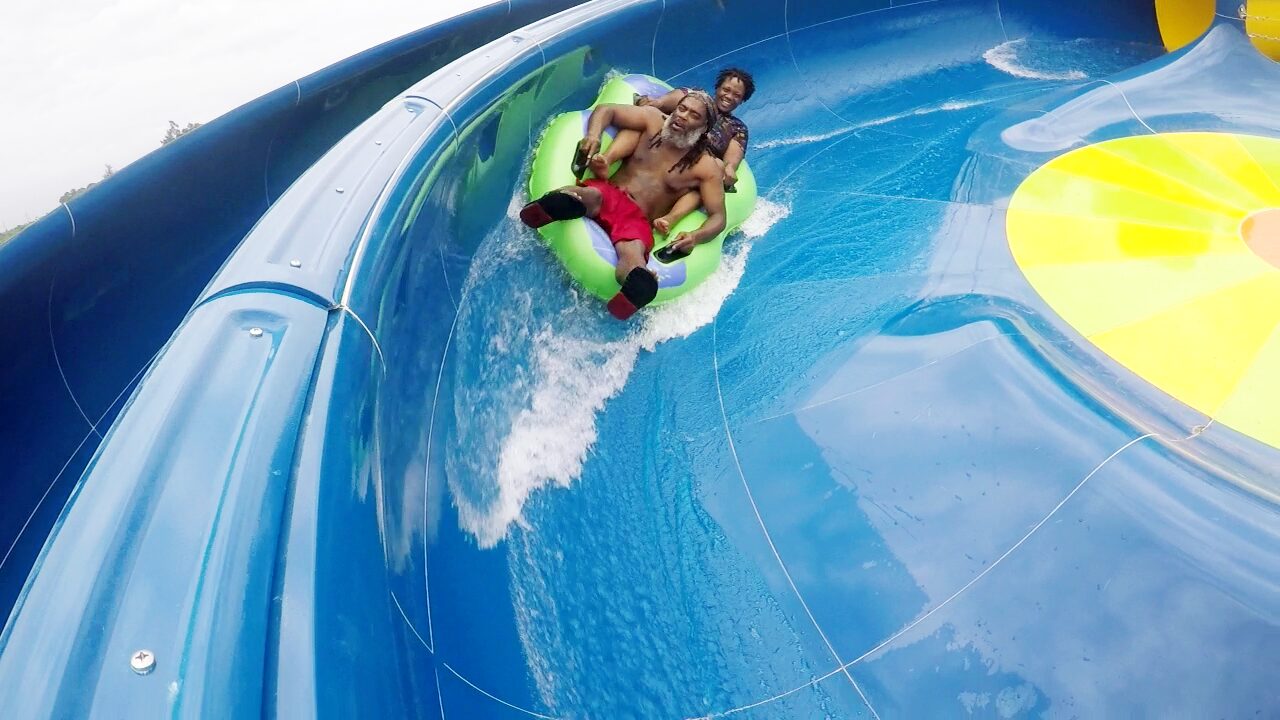 Changing the Landscape
ProSlide’s Dueling FlyingSAUCER® is unique in that it’s the only feature of its kind; a dueling feature that allows riders to race in the same direction. “This new feature is built on the foundation of award-winning rides and ProSlide innovation”, says Ray Smegal, ProSlide’s Chief Commercial Officer. “It establishes a completely new category of ride feature and is poised to create a monumental shift in the water ride landscape. We’re thrilled to partner again with SeaWorld and Adventure Island to debut this one-of-a-kind ProSlide water ride.” 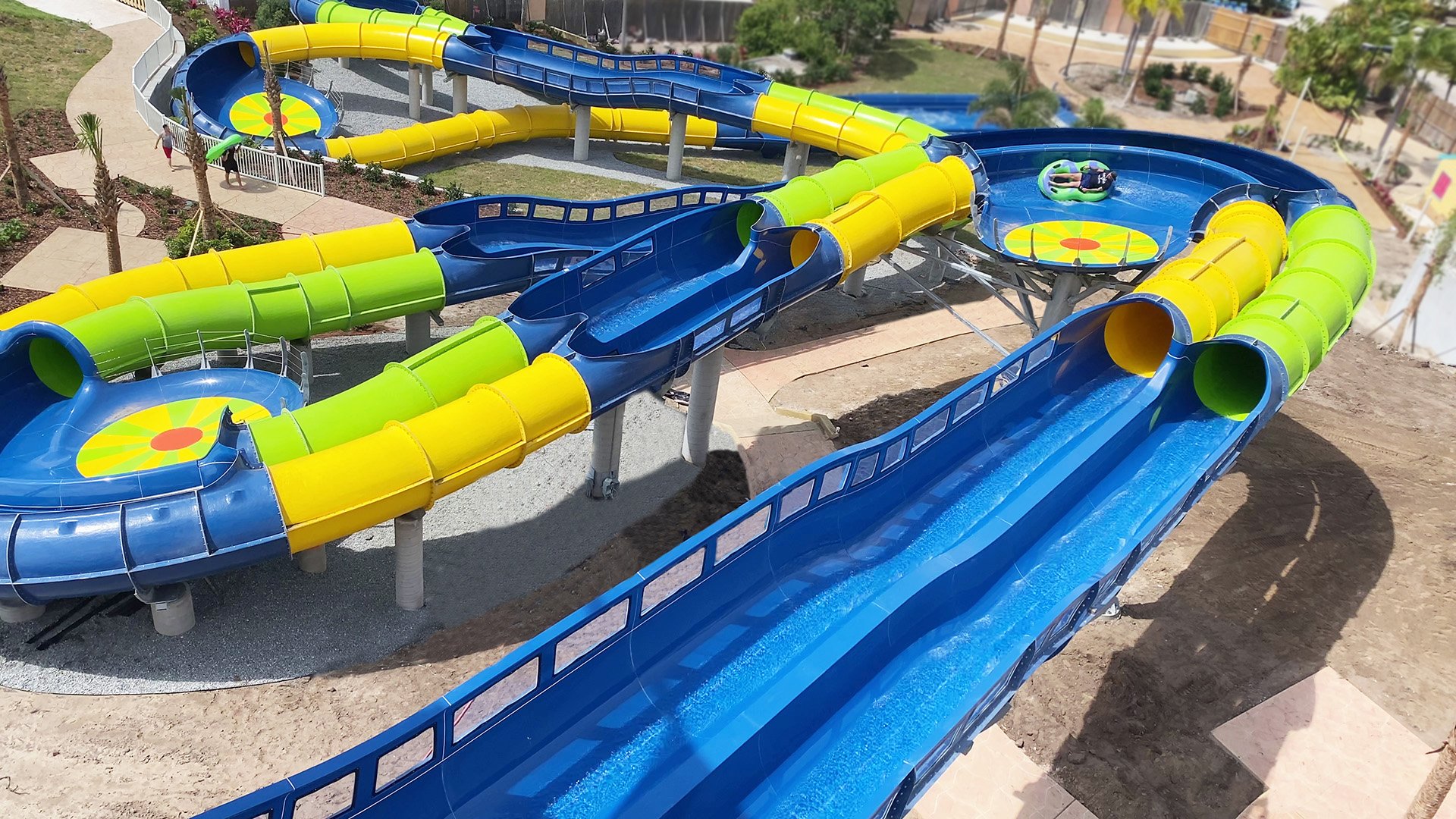 Bring Water Ride Features Together
The Dueling FlyingSAUCER® combines aspects of ProSlide’s Dueling PIPEline and FlyingSAUCER® into a single water ride feature. “These are two of our most popular water rides around the world”, says Greg White, ProSlide’s Vice-President, Products, when speaking about the two features that inspired the Dueling FlyingSAUCER®. “Both draw a tremendous amount of their inspiration from our company’s history in competitive ski racing, so combining them into a single experience was a natural progression for us.” 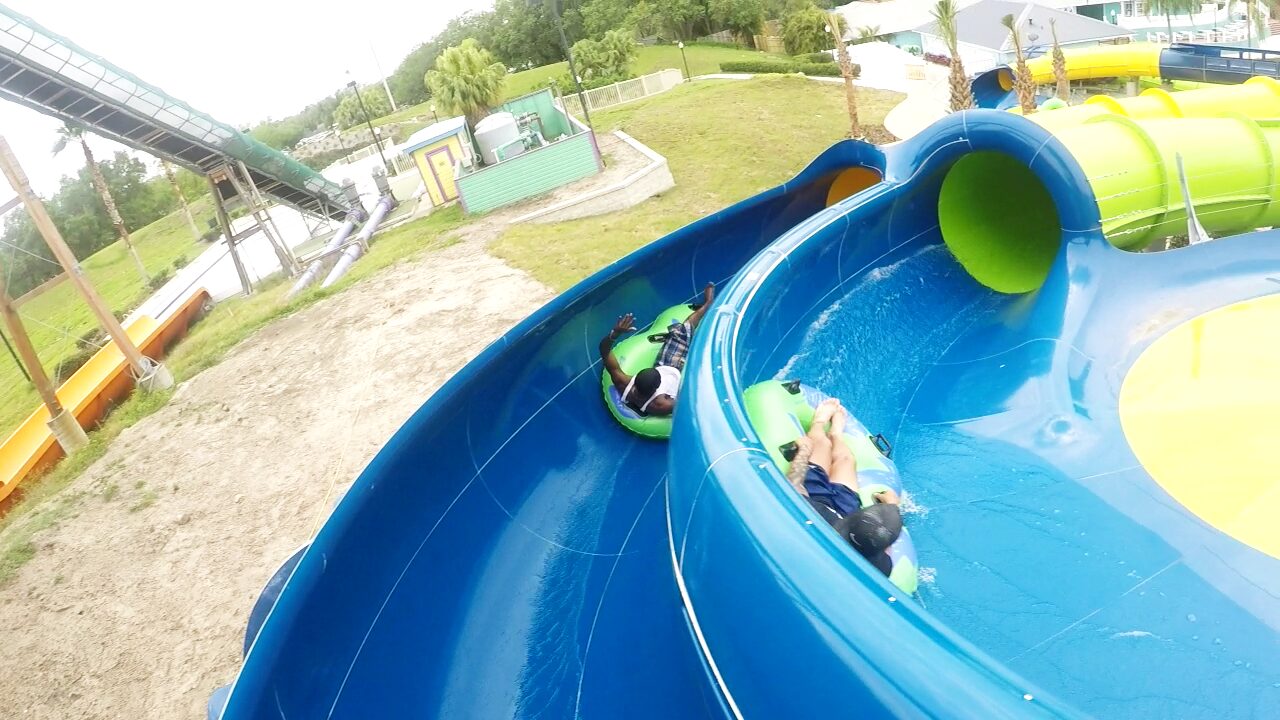 The Ultimate Water Ride Experience
With the Dueling FlyingSAUCER®, two vehicles enter the feature via two closed dueling flumes. As riders drop and dive through the feature like world cup skiers through a giant slalom ski turn,
they can see and hear their competition, creating a neck-and-neck competitive racing experience.

About ProSlide
ProSlide is the global leader in water ride design and manufacturing, supplying high-performance water attractions to new and expanding water parks around the world.
For thirty-five years, ProSlide has led the market in water ride innovation and technology with over 100 awards and recognitions, winning 15 IAAPA Best New Water Ride awards in the last 18 years, 5 times more than all other manufacturers combined and 4th time recipient of the IAAPA IMPACT Award.